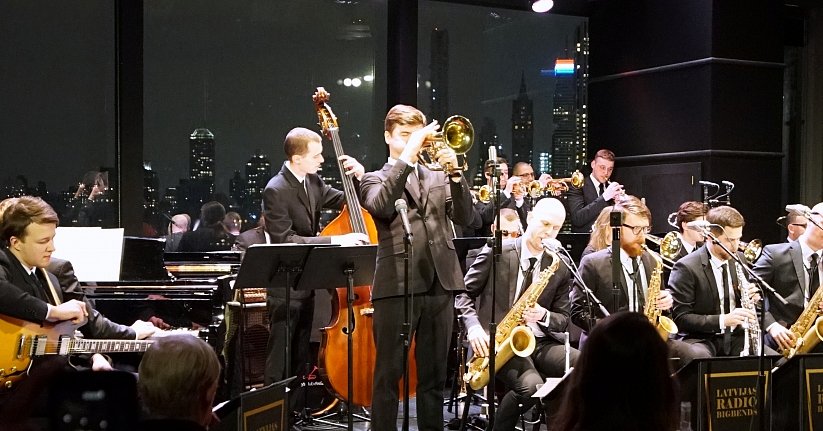 "Living in Washington means that most of the big names in jazz eventually make their way here for concerts. Yes, it means that some of the world’s greatest musicians live and work hear year-round anyway. But we shouldn’t overlook the fact that living in Washington means we have international gateways to music of the world, jazz included.
As the name implies, the Latvian Radio Big Band is associated with the state radio broadcasters of Latvia, and given that you might expect them to play it safe in their similarly state-sponsored performances. They don’t. This is hip, smart music, quite contemporary. It makes sense that it should be an incubator for most of Latvia’s most celebrated jazz talents" - washingtonian.com