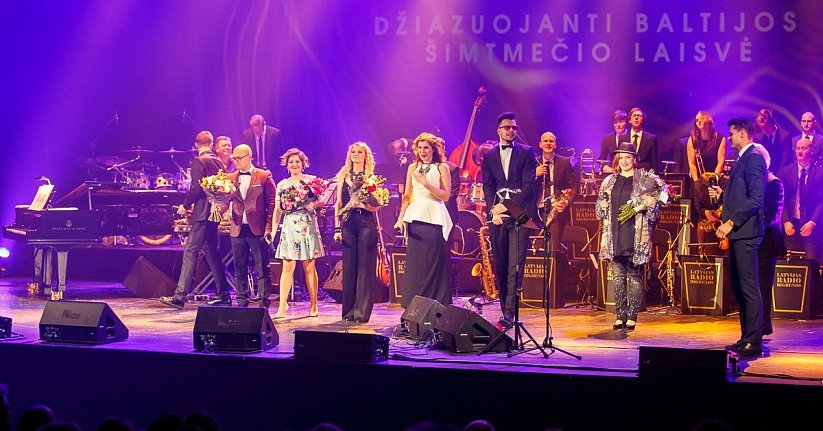 In celebration of the Centenary of the Baltic States, Vilnius Jazz Festival was presented a concert entitled "Beat the Rhythm of Tomorrow. Jazzy Baltic Freedom" at the Lithuanian National Drama Theatre in Vilnius.

The idea of the concert was focused on jazz music which embodies novelty, modern spirit and freedom of interpretation, and reflects innovative urban culture.

The audience also had the opportunity to enjoy Kristine Praulina, the winner of the international jazz contest Riga Jazz Stage Grand Prix, a powerful vocalist, with Maestro Raimonds Pauls at the piano.