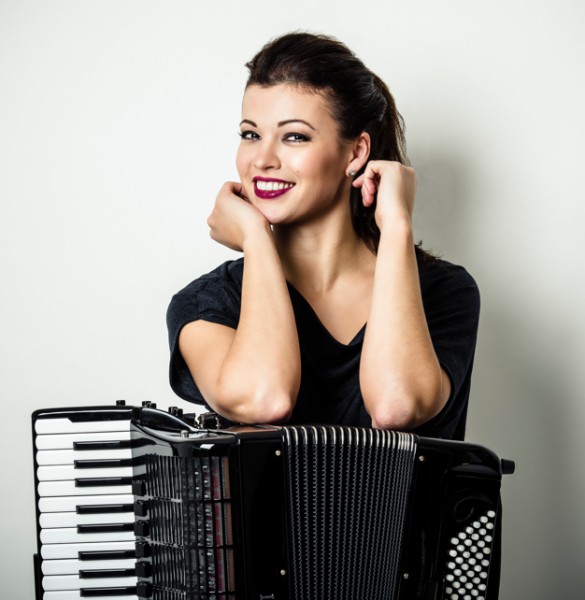 Encouraged to take up the instrument by a grandmother steeped in the folk tradition of accordion playing, Ksenija started to play the instrument aged eight under the guidance of Marija Gasele in her hometown of Riga. Her quest for more exposure to both classical and contemporary repertoire took her to London where she became a prize-winning undergraduate at the Royal Academy of Music studying under Owen Murray.  She subsequently received her Masters Degree with Distinction.

Praised as “superbly subtle and virtuosic” (The Arts Desk) and “an amazingly accomplished artist” (Classical Source), Ksenija Sidorova is the leading ambassador for the accordion.

In 2009 Ksenija made her debut at London’s Wigmore Hall and appeared in the Park Lane Group Young Artists Showcase prompting The Times to single her out as“one of the real finds of the series”. In May 2012 she became the first International Award winner of the Bryn Terfel Foundation, and this year appears at the Royal Albert Hall as part of his 50th birthday celebrations alongside Sting.

A recipient of both the Philharmonia Orchestra’s Martin Musical Scholarship and Friends of the Philharmonia Award, as well as the Worshipful Company of Musicians Silver Medal, Ksenija has just been appointed a Junge Wilde Artist by the Konzerthaus Dortmund.